The 2017 National Solar Jobs Census, the leading and most comprehensive report on solar labor market trends in the United States, was made public on Wednesday, January 2, revealing that solar jobs increased in 29 states with emerging solar markets including Utah, Arizona, Minnesota, New York, New Jersey, Tennessee and others.

At a state-level, the report shows that the decline in jobs was in states such as California, Massachusetts and Nevada, states with well-established solar markets. The Foundation concluded that the decline could be attributed to policy and economic changes on the state level, a slowdown from the 2016 installation pace set by an anticipated expiration for the federal tax credit, and finally the anticipated decision of the 201 trade case.

As a leading non-profit solar workforce training facility, Solar Energy International (SEI) is proud to contribute qualified employees to the solar jobs market throughout the United States. With over half of the nation’s states growing their solar markets, there are still ample opportunities for growth and employment in solar, an industry that offers well-paying jobs for workers of a wide variety of skill and education levels.

SEI is proud to train the workforce for an industry that is increasingly growing in diversity. The report shows this year that nearly 30% of the solar industry is made up of women, but we would love to see this number grow even more. SEI encourages prospective students to consider our scholarship programs for women, veterans and developing countries. 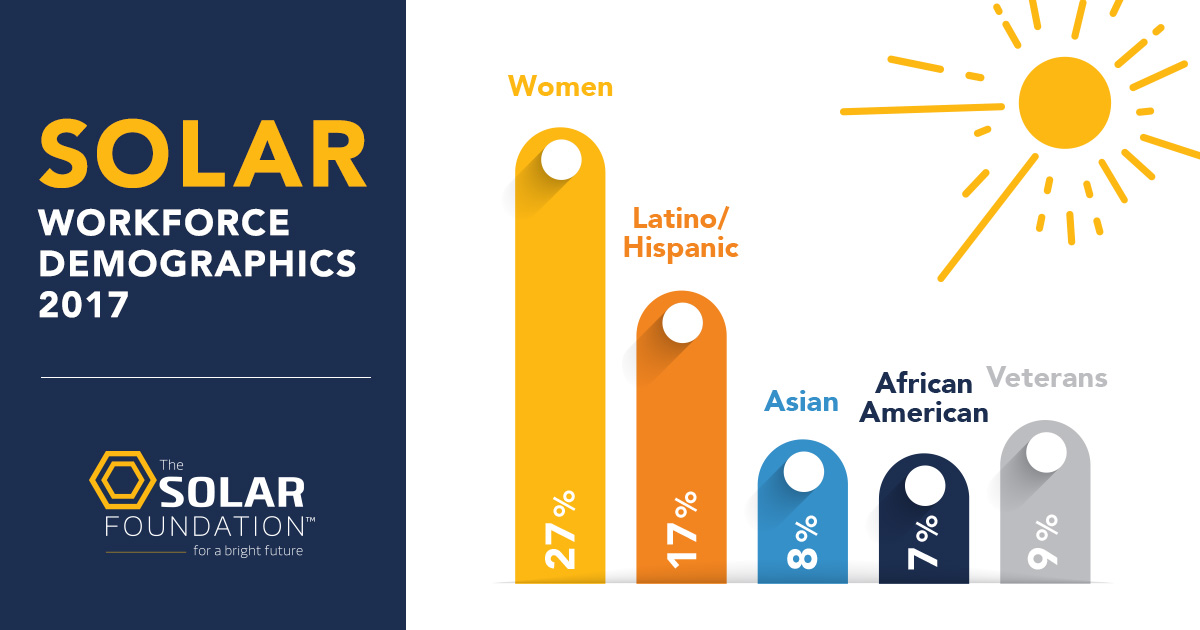 Photo courtesy of The Solar Foundation.

We are committed to a world powered by renewable energy, and to providing those entering the solar energy industry with top-notch technical training. Let’s continue to move solar job growth in a positive direction! Launch your career in solar today through solar installation training or enroll to complete the SEI Solar Professional Certificate Program tracks, the industry’s most rigorous training program to prepare professionals for the highly technical clean energy workforce.