Solar energy training can have a life-changing impact on your career path. Solar Energy International (SEI) Alum Edwin Bifelt first took SEI training online in November of 2017. Not even a full year later, he founded a solar company and just celebrated completing the first phase of a 120 kW solar PV ground mount array project on October 26th in Hughes, Alaska.

Edwin explained that his journey with solar began one night in September 2017. He thought, “Wouldn’t it be awesome to get into solar?” And a late night of researching solar and photovoltaics training led him to SEI’s online campus, and the plethora of training opportunities we offer from grid-tied basics, to battery-based design, installation and maintenance.

Edwin formed Alaska Native Renewable Industries, LLC (ANR INDUSTRIES) in December 2017 and the company is now a licensed General Contractor focusing on LED lighting retrofits, solar PV and construction. “Through the certificate programs I was able to progress from a novice level to close to a professional level in under a year,” Edwin explained.

Edwin, who lives and works in rural Alaska, explained that being able to take SEI classes online was total game-changer for job training. “For me taking the majority of my classes online was my only option. So it was great that SEI classes are primarily online and at your own pace. The classes were very informative and thorough – which is necessary because solar PV is such a technical field.”

ANR Industries is now excited to announce the completion of phase one of the Hughs, Alaska Install. According to Edwin, the massive project involved driving 180 helical piles to a depth of 8 feet (much of it through frozen permafrost), installing 6 rows of metal racking with total lengths of 100+ feet each and installing 360 solar panels (60 per row). The project is one of the largest solar PV installations in Alaska – and may be the largest installed in rural Alaska to-date. Funding for the project came from the U.S. Department of Energy with matching funding from the Hughes Village Council.

The project also utilized 91% of locally hired team members. Although the system will not be commissioned until summer 2019 (when Lithium-ion batteries, inverters, utility interconnections and fencing will be installed) – this is a huge step forward in reducing diesel fuel usage at the Hughes Power Plant and ultimately reducing electricity costs for the entire community.

Edwin’s story is an inspiration: from deciding to pursue solar training, to leading one of the largest installations in rural Alaska to-date. SEI training can be the first step in your life-changing journey. Check out SEI’s Solar Professional Certificate Program to learn about the industry’s most rigorous training path into the solar industry. 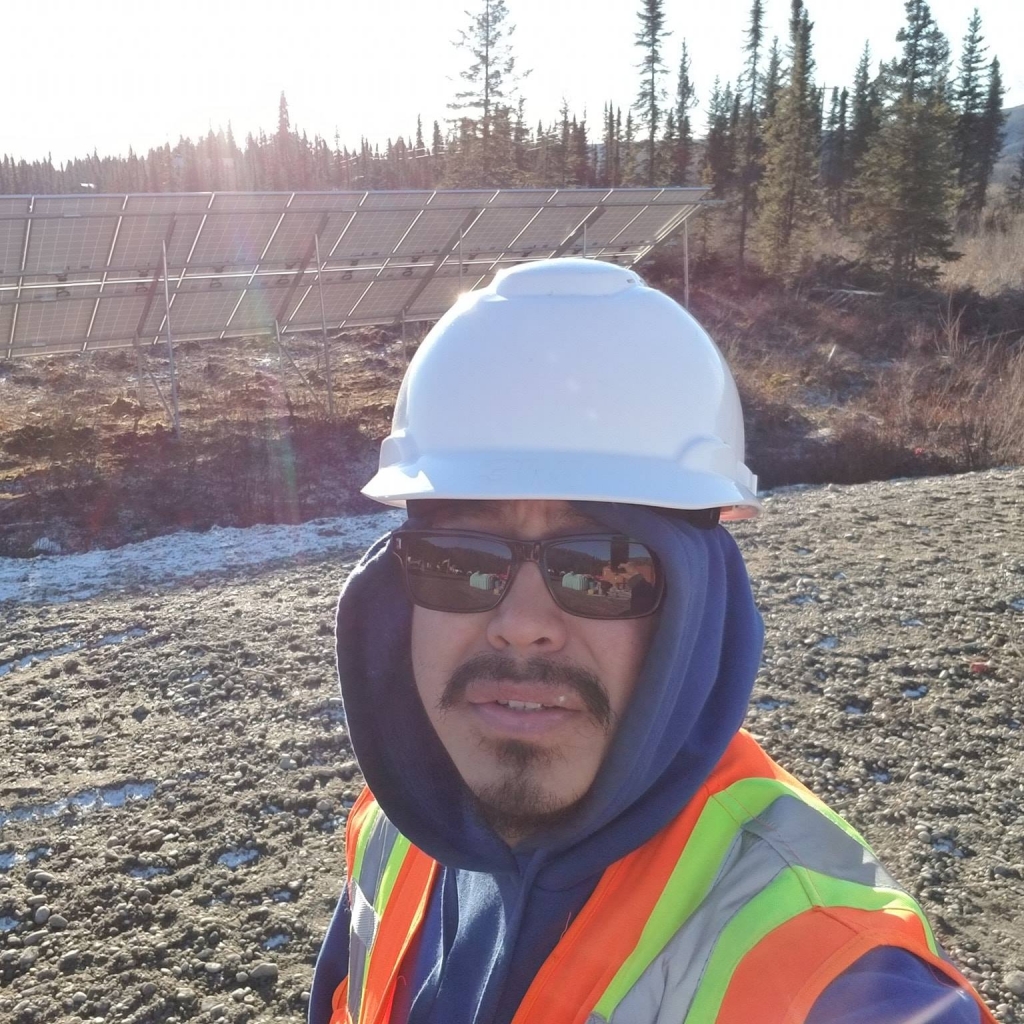